It was 16 years ago that Chef Richard Chamberlain opened Chamberlain’s Steak and Chophouse in Dallas. Since then, this recipient of a James Beard Award and the co-owner of ENVY: The Steakhouse in Las Vegas has managed to make quite a name for himself, but it was his Dallas restaurant that started it all. Chamberlain’s has been honored time and time again by some of the biggest names in the industry, including Wine Spectator and Bon Appetit. It is with over 16 years and 16 awards under its belt, that Chamberlain’s Steak and Chophouse remains a powerhouse in the Dallas dining scene. 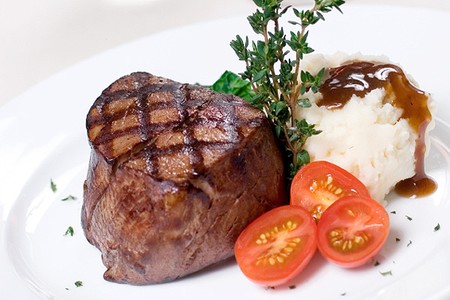 A choice of Starter

A Choice of Entree

A Choice of Dessert